It was a rockin’ evening at Eddie V’s in El Segundo as the Renaissance Man, Andre Cleveland celebrated his birthday bash. Guests feasted on lobster, crab, filet mignon and sipped on artisan cocktails. The evening was filled with live music as guests danced to signature jazzy sounds of Wayne Lindsey.

Wayne has worked on stage and in the studio with legendary artists such as Whitney Houston, Stevie Wonder, Aretha Franklin, Earth Wind and Fire, Babyface, Diana Ross, Chaka Khan, Beyonce, Jenifer Hudson, Yolanda Adams, The Jacksons and many more! As a multi talented instrumentalist, Wayne The consummate musician, producer, arranger, songwriter and artist in his own right, Wayne Linsey’s list of credits reads like a who’s who in contemporary music.

Friends and family of Andre were treated to an unveiling of his new cover of David’s Guide which was recently featured on the billboards of Times Square. 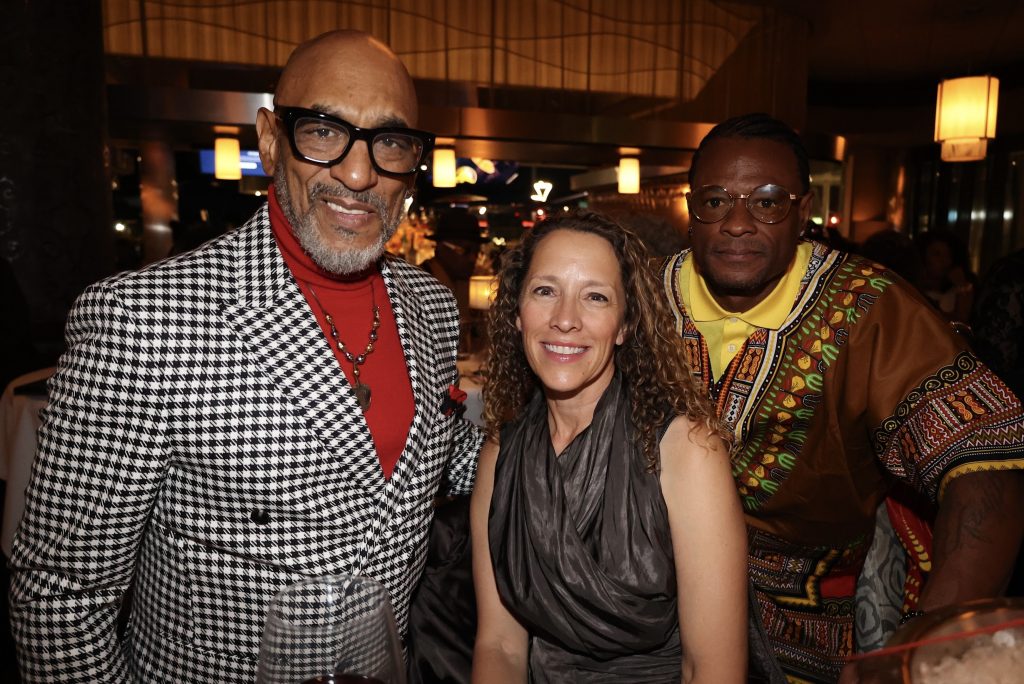 Halloween at The Ned: Irina Shayk, Emily Ratajkowski, G Eazy and more at RICHIE AKIVA's THE HAUNTED HOTEL AT THE NED NOMAD